The Road to Rifles Only, Part 3 – Testing

In part three of our series following Ryan Hey as he prepares for Rifles Only, we head out to Millican, TX for the Best in Texas PRS Match to put everything together in a competitive environment.

As the Rifles Only competition approaches, the stakes increase and the preparation intensifies. After building the rifle and performing data verification, it’s time to get out there and see how the whole package—firearm and shooter—perform.

Next up on the 2020 schedule is the Best in Texas PRS Match, put on by Dave Ferguson and Prentice Wink from Texas Precision Matches. Held at the Cawthon Cartridge Club near Millican, TX, 18 different stages test the 178 shooters in attendance. Because it’s the first Qualifier and AG Cup Qualifier of the season, the Best in Texas PRS Match presents the perfect opportunity to get in some competitive reps and confirm that Ryan’s rifle, the data collected from it, and his mental game are all up to where they need to be.

Kicking off the weekend is Train Up Day. The agenda revolves around four priorities: confirming a good zero, recording muzzle velocity on a chronograph, truing the velocity and truing the BC. There’s a lot more to Train Up Day than just verifying your equipment and match prep. Comradery is strong today and grows over the course of the weekend as everyone catches up. Even though they’ll be competitors the next day, you’ll see the shooters helping each other out throughout the day. Train Up Day is also the best day for anyone who’s watching and interested in learning the ins-and-outs of the sport. It’s the best time to ask questions about gear setups, and the thought processes leading up to the match. Vendors will even come out to some matches where people can demo and purchase any gear that they might be interested in. 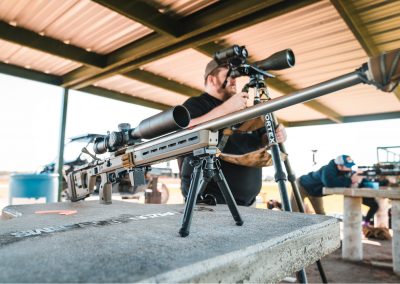 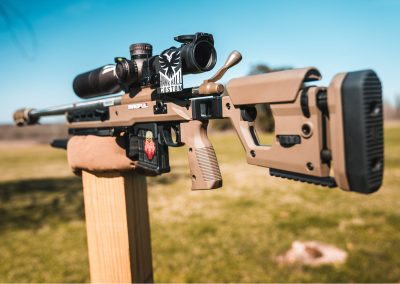 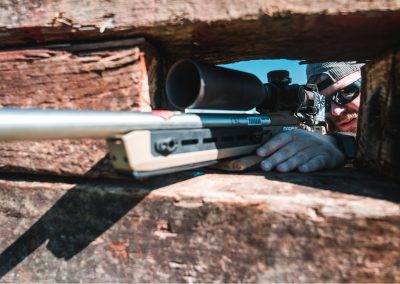 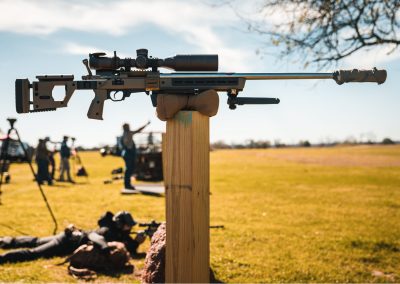 Taking on the Best in Texas is more than just shaking off the rust. For Ryan, the goal of every match is to win, but there are some technical differences between this match and Rifles Only that allow for some learning experiences in preparation for the latter. The wide-open fields at Cawthon create a more consistent wind experience, giving a more solid reference for gear performance. The terrain at Rifles Only, though almost as flat overall, has more berms to break up the wind, and sometimes that can cause compound and “dirty” winds. This makes it vitally important to understand exactly what your rifle is doing heading into Rifles Only. Another huge difference between the two matches is the course of fire. Dave/Prentice (the Best in Texas Directors) run a course of fire that test competitors’ engagements out at a further distance than Rifles Only. Competing at Best in Texas and seeing impacts on the smaller targets at further distances gives Ryan the confidence to know that his data is correct.

Overall, the atmosphere of Best in Texas is that of a mini finale. Many out-of-state competitors attend because it’s a Qualifier and AG Cup Qualifier match at the same time. Also, the terrain presents some very technical challenges. Multiple barricade designs along with some “separator” stages add to the complexity. While the stages were designed to be straightforward, they still force the shooters to execute the stage methodically – if your mental game is off, your performance will be too. Cawthon matches will expose any flaws in your mental preparations, as well as your gear setup, making this the perfect test on the road to Rifles Only. 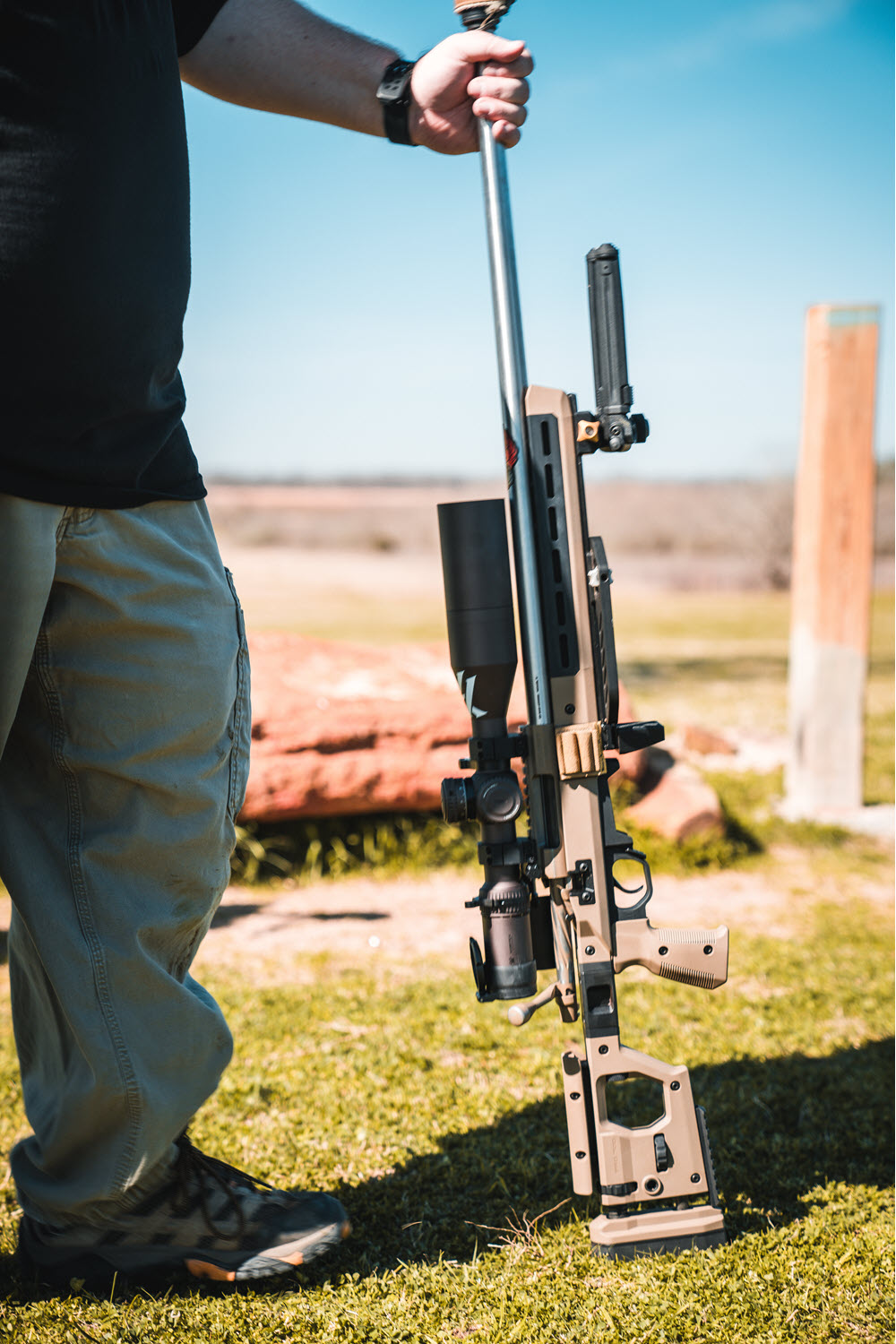