The Road to Rifles Only, Part 2 – Fine Tuning

Part two in our series that follows Ryan Hey as he prepares for the 2020 PRS season and Rifles Only. Time to get things dialed in.

To get a look at what dialing it in looks like, we followed Ryan Hey out to The Ranch TX, located about an hour west of Houston. Just a week after the 2019 PRS season ended, his attention turned to what was needed for 2020. Over the course of an entire day, he’d fire and verify data on his competition and training rifles to prepare for the road ahead. Without this step, the build is just a pretty setup.

To put the precision in “precision rifle series,” there are many considerations taken into account to get a new rifle ready for the upcoming season. Since PRS matches demand shots that are taken from varying distances, it’s important to run the rifle from 100 yards to ranges approaching 2000 yards. Balancing the rifle, checking drops, verifying velocity and seeing impacts are just a few of the gut checks that go into getting ready for the new season. With a new barrel on his 6XC II rifle, seated in a Magpul Pro 700, it’s imperative to break it in, gather the data, and make the right adjustments to get it running consistently. 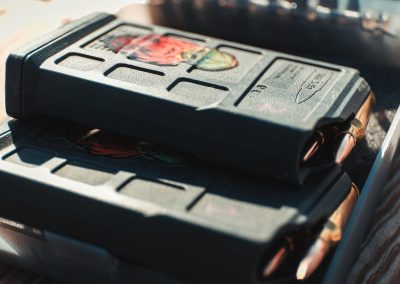 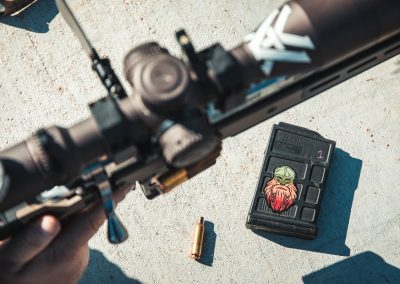 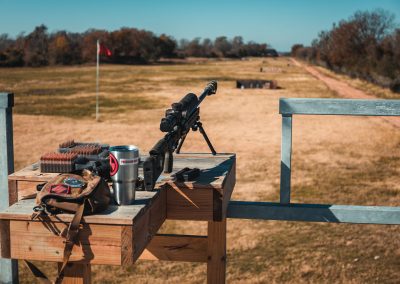 According to Ryan, there are three main parts of fine-tuning that are a necessity in getting his rifle competition ready:

It’s probably pretty obvious, but if you start off a match with a sloppy zero, you’ll encounter massive amounts of frustration at farther targets. Your zero must be as accurate as possible, though it doesn’t mean you need a .10MOA zero. 1/2 to 3/4 MOA will suffice. PRS and NRL are not bench rest events, although the rifles and ammo are capable of extreme precision and accuracy, the targets are larger.

Chronograph a sample of the match ammo.

A ballistic chronograph measures the muzzle velocity of the ammunition exiting the rifle. It gives statistical data that translates into performance for the rifle and its ammo. Among that data, a chronograph will give you the Average Muzzle Velocity, which can then be plugged into a ballistic solver app or a Kestrel. From there, you can determine the projected flight path of your round. Competitors test anywhere from five to twenty rounds to make sure they have their data correct.

Chronographs are accurate, but they only tell you the data at the muzzle and they can’t account for variables hundreds of yards downrange. As a result, once you have your zero, you need to confirm out to distance, or ‘true your data’ to what the bullet is doing. A ballistic app or Kestrel just gives a projected flight path. The process of truing matches that projected flight path to the actual flight path.

Obviously, there’s a ton of science going into this data gathering. We’ll go ahead and save you the three-hour dive into the statistics and transitional ballistics rabbit hole here. 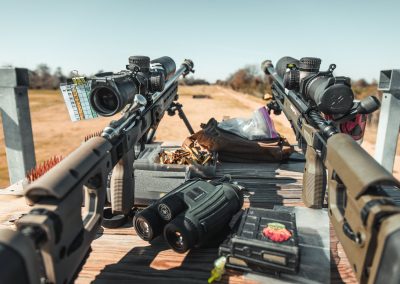 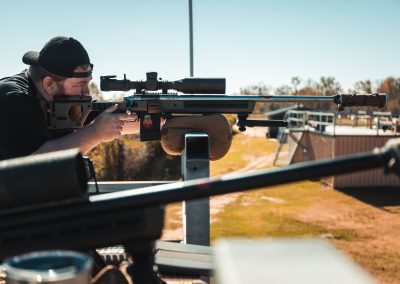 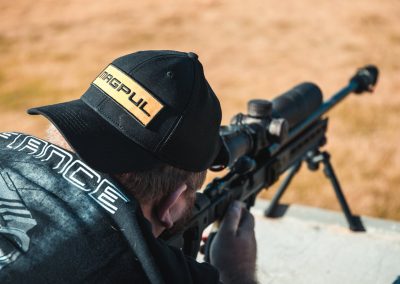 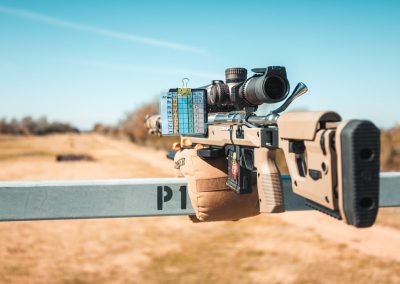 While getting his rifle running to precise specifications is a focus, Ryan takes time to make sure his mental game is also on point. Matches can be demanding and require a game plan, plus the confidence to perform under pressure. Daily dry fire for at least 30 minutes a night helps simple actions become subconscious, allowing more flexibility to make mid-match adjustments like spotting wind or other variables. Ryan subscribes to the idea that a match is a match, and every one of them counts. Things go sideways if you start looking at certain matches as more important than others. They should all be fun and they all should matter.

Check out the video below and hear more from the man himself.