Aoudad Hunt On The Border 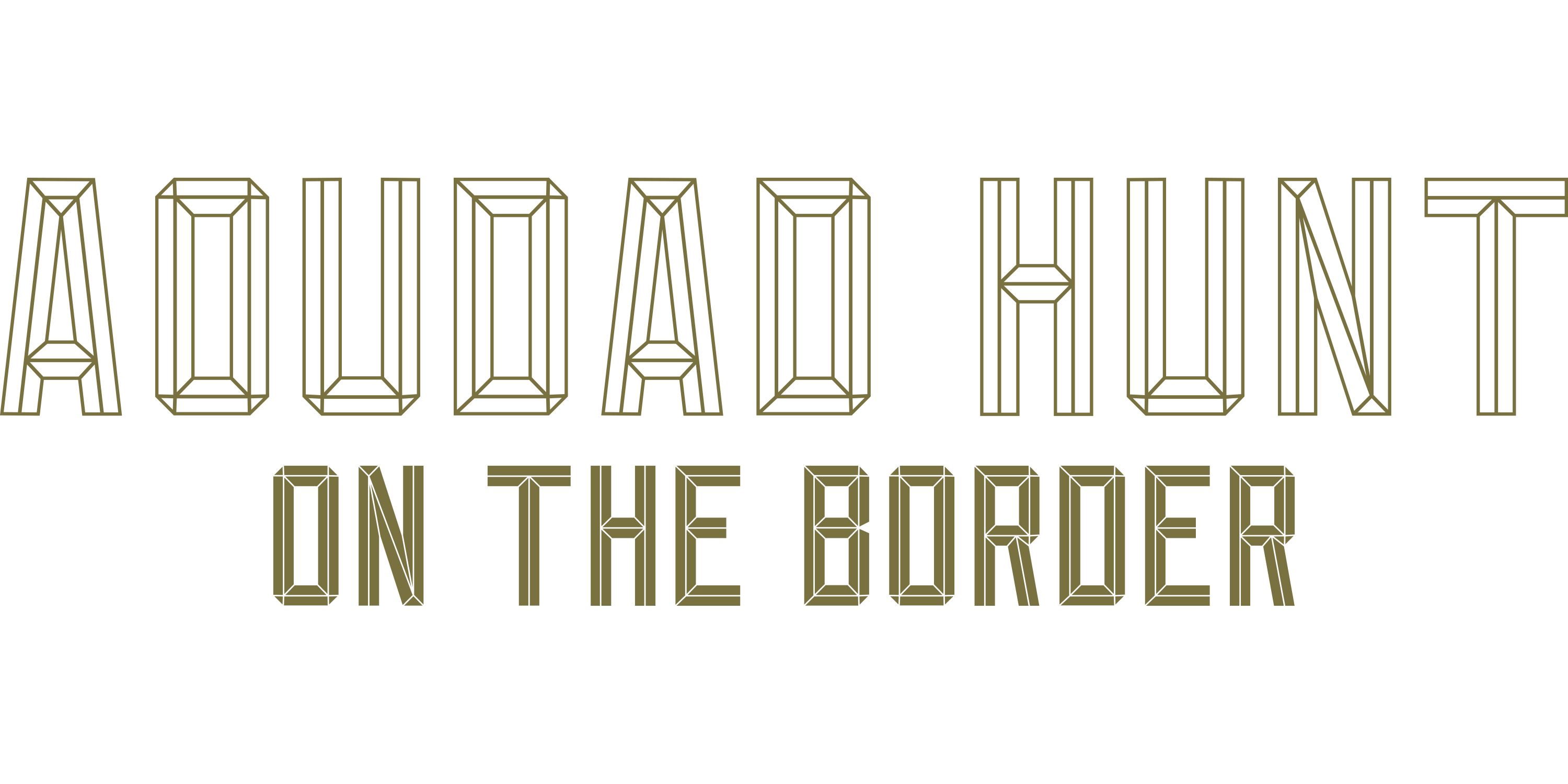 The aoudad, or Barbary sheep, is one of West Texas’ Trans-Pecos area’s most unique inhabitants. Originally native to Northern Africa, the aoudad was introduced to West Texas early in the 20th century. They were brought to Texas by private individuals looking for a substitute for the native desert bighorn sheep, whose once vast numbers were greatly depleted by overhunting, human development and having been dealt a bad hand in the genetics department. The fate of the bighorn sheep was similar to many other game species before conservation and management practices were well understood and valued.

The transplanted aoudad took to the arid and rugged terrain, and soon their numbers exploded with thousands of these agile, swift and strong animals crossing the high desert ranges in massive herds called angers. At last count, there are now an estimated 75,000 aoudad in North America, with a large percentage of that focused in the austere Tran-Pecos region of Texas. The Trans-Pecos makes up a large part of the Chihuahuan Desert, covering a staggering thirty thousand square miles. That provides plenty of room for these hardy animals to eat, thrive and multiply. 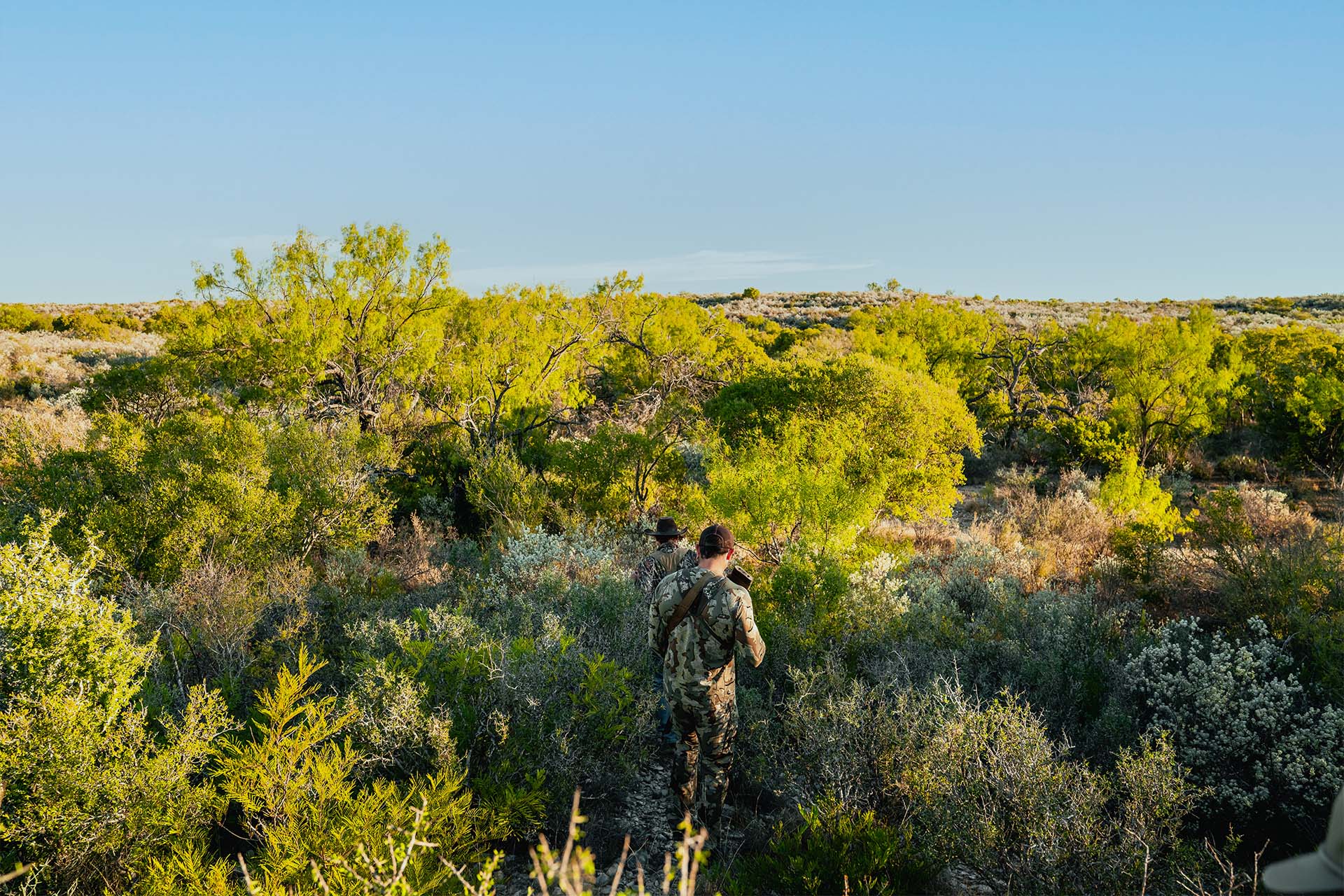 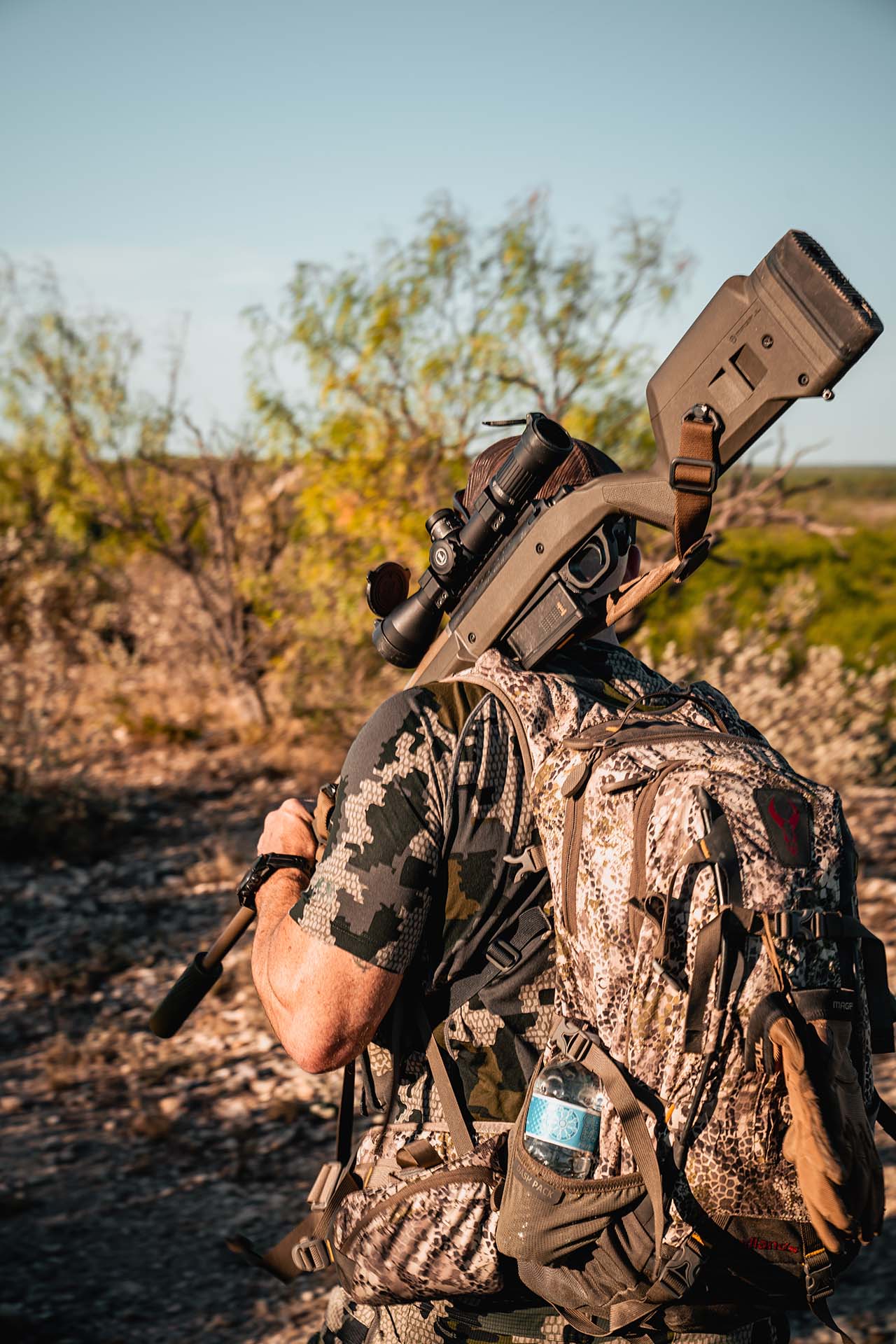 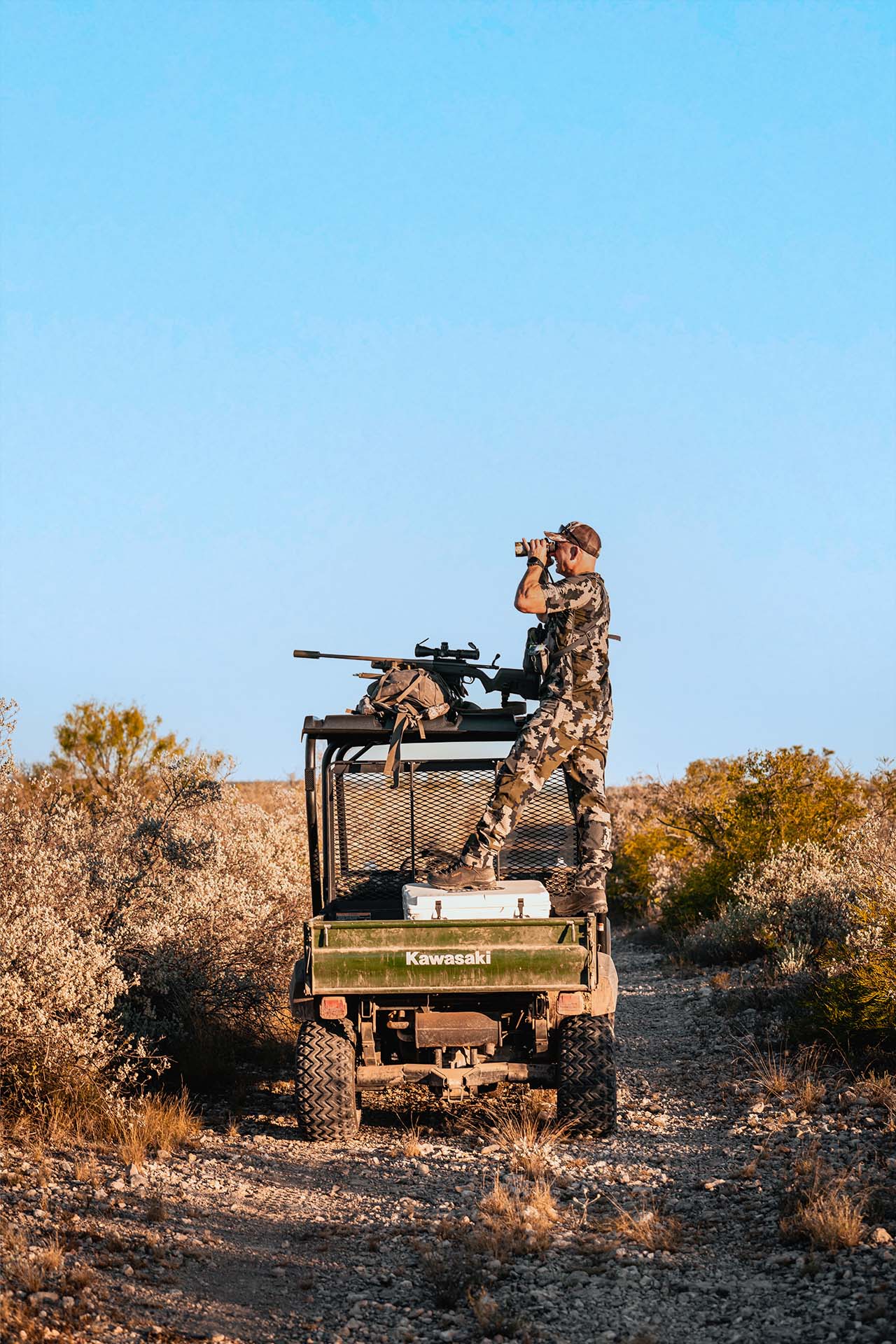 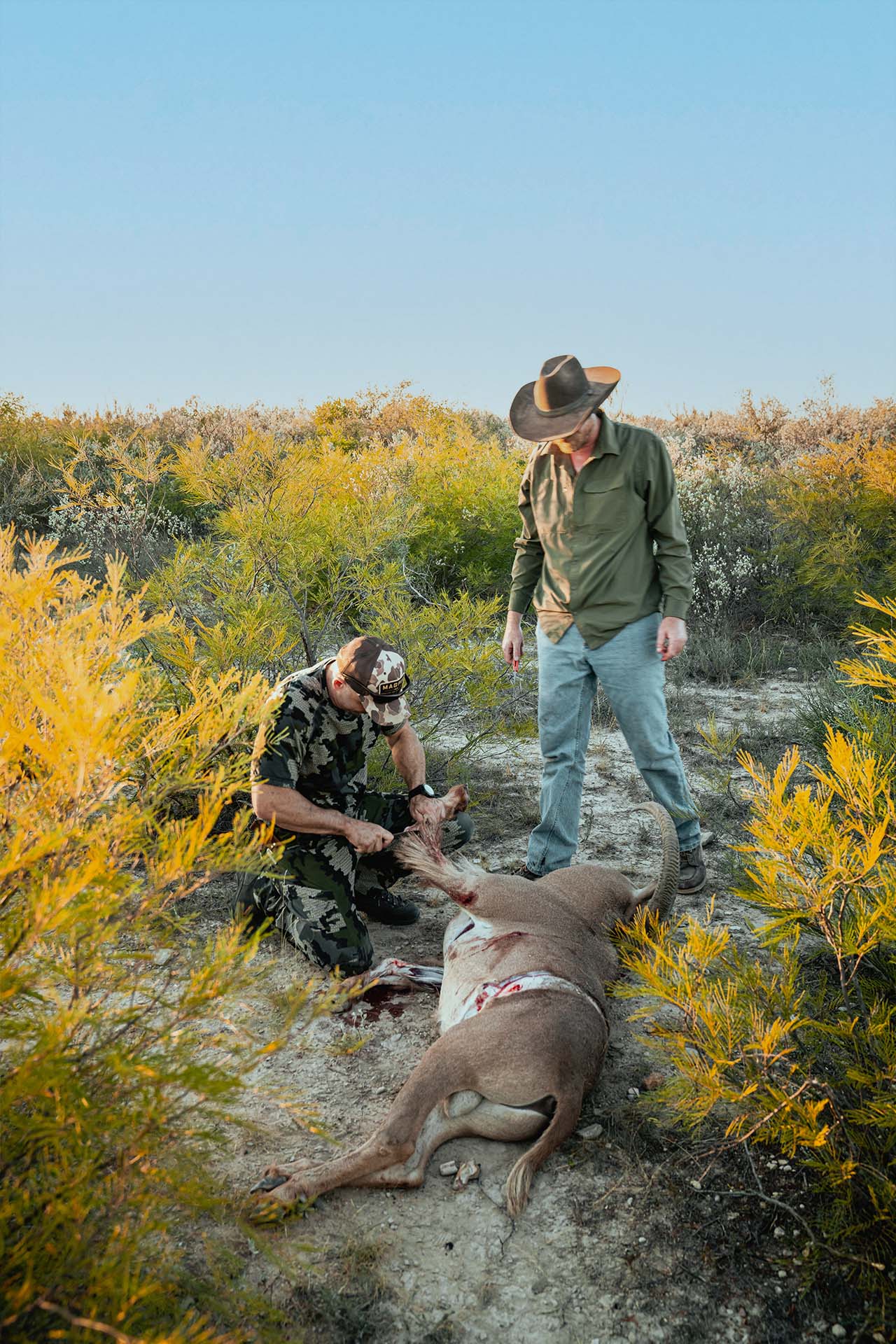 We recently had the opportunity to spot and stalk some big, mature rams that were chasing ewes at the height of the summer rut at a ranch situated just south of Laughlin Air Force Base, outside of Del Rio Texas. Our expert guide Josh Bowers at COA Outfitters wasted no time getting us to the top of the hills and glassing. Just like most of the inhabitants in this extremely hot environment, the aoudads bed down to cool off in the middle of the day. They are hard to find in the draws and low country, so you’ve got to get out there early before things heat up, and then head out later to catch them in the evening when the relentless sun is on its way down.

Our hunters split the day up with both a morning and evening kill. We watched as the mature rams forcefully pushed the ewes up and down the hills. It didn’t take long before they entered our previously scouted areas. Josh cautioned that the shots are usually under 300 yards out here, and they are taken on a fast-moving and determined target, so you’ve got to be ready. He was correct on all counts. We were rewarded by our extensive scouting efforts and fast shooting setup with two big mature rams, both shot while they were on the move across desert draws and at two very different times of day.

This is not your typical Texas stand and feeder hunt. You need strategy, speed and patience to get close. It’s an exciting challenge to come to this rugged environment and chase these beautiful animals who originated on the other side of the world but ended up as Texas residents. 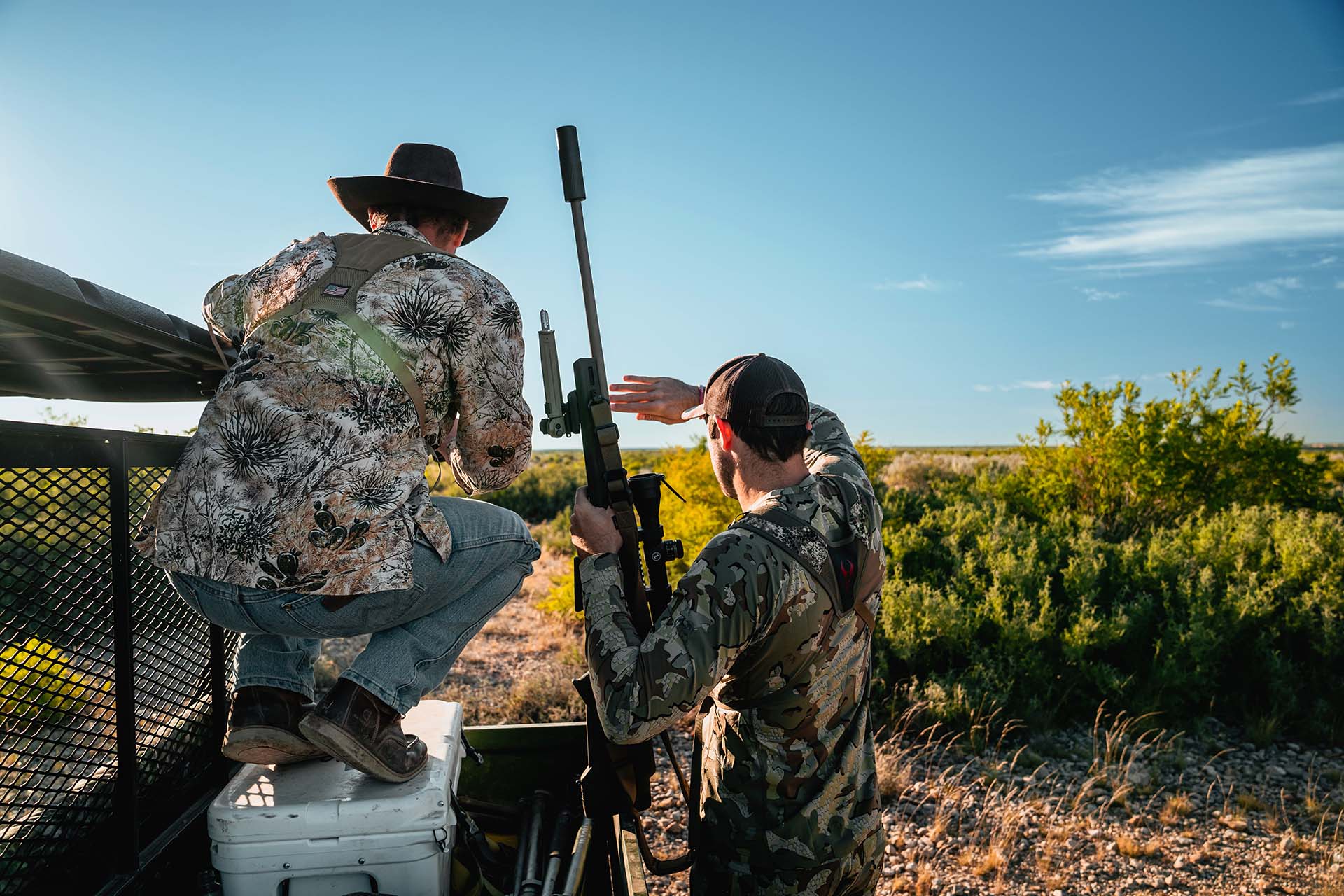 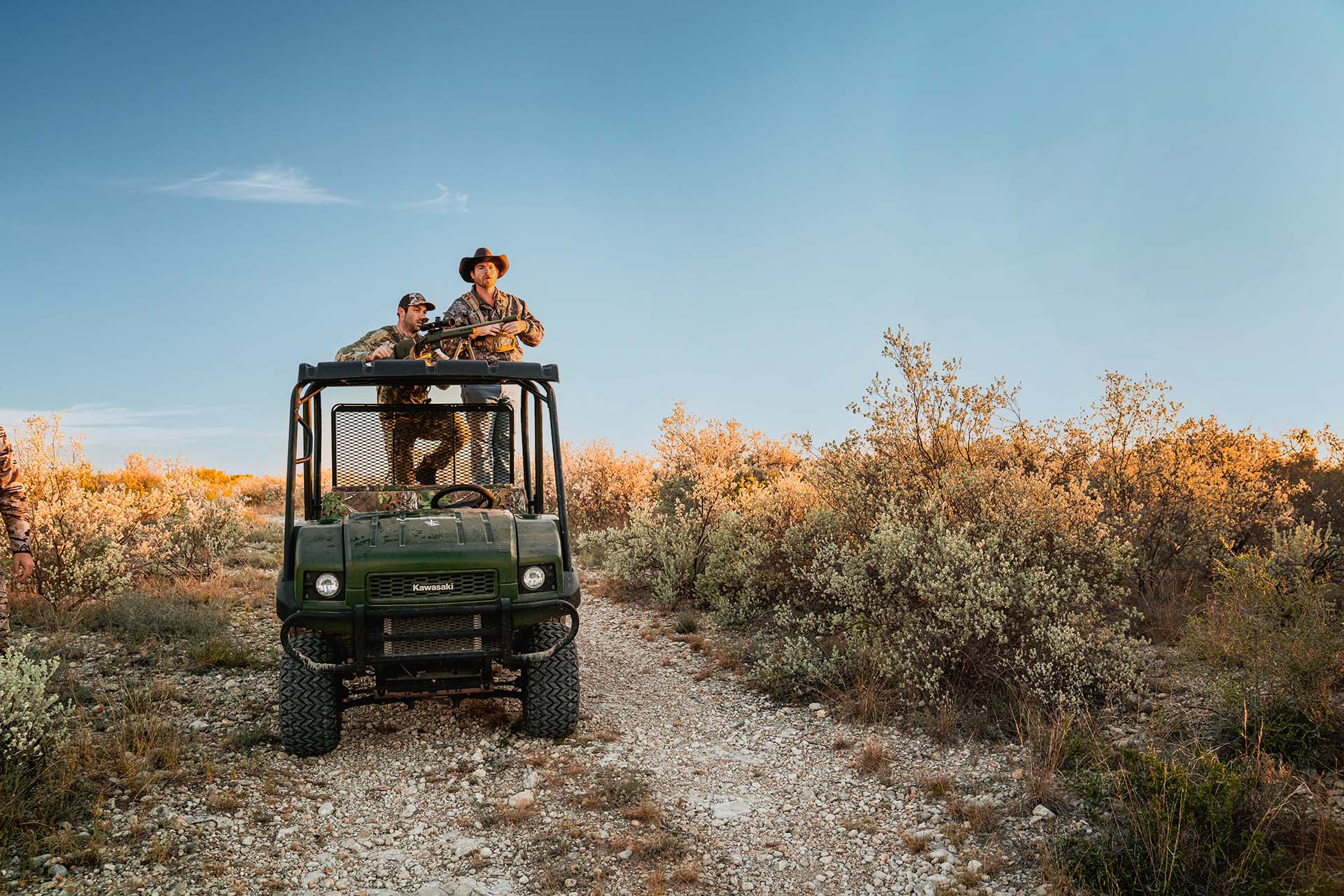 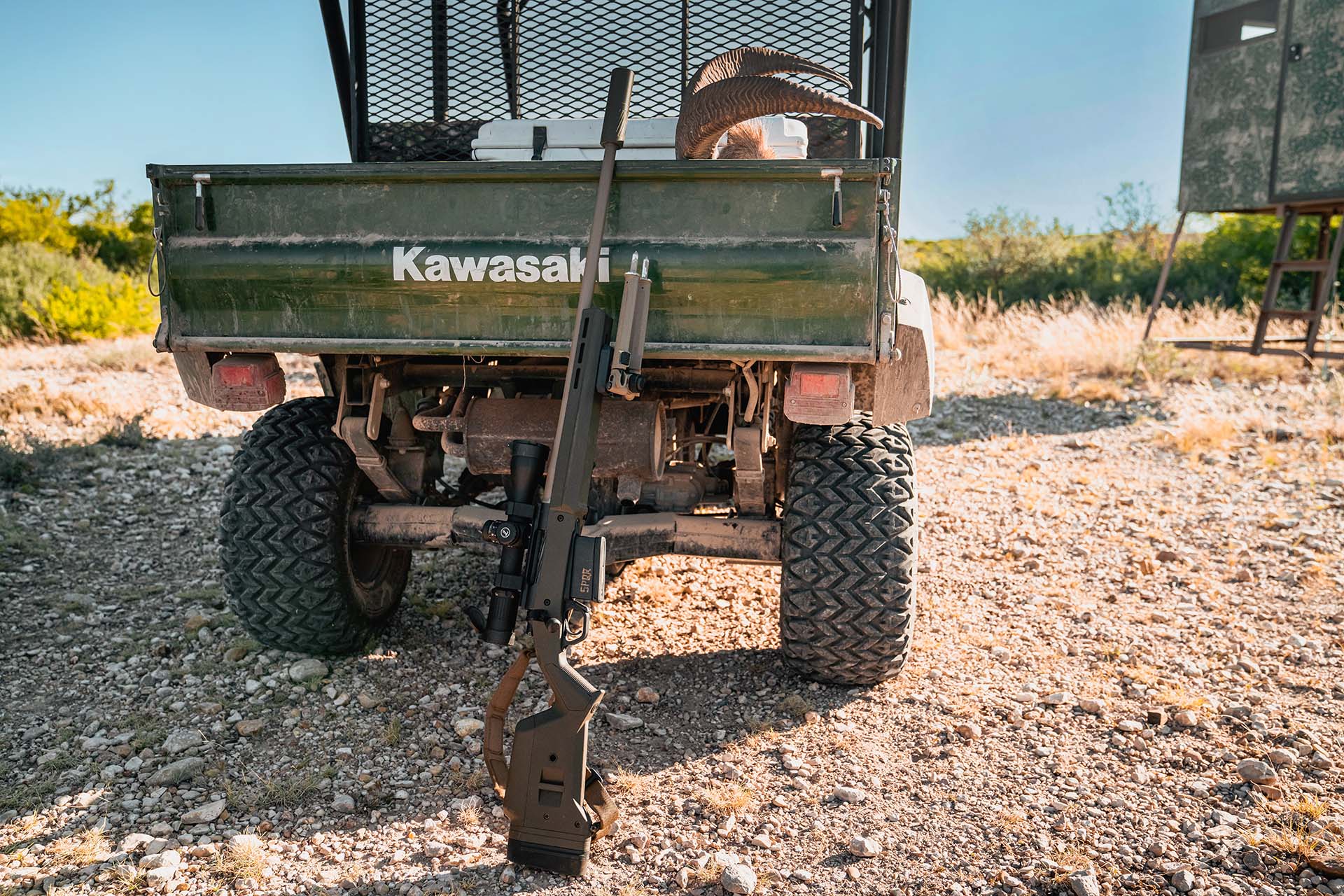 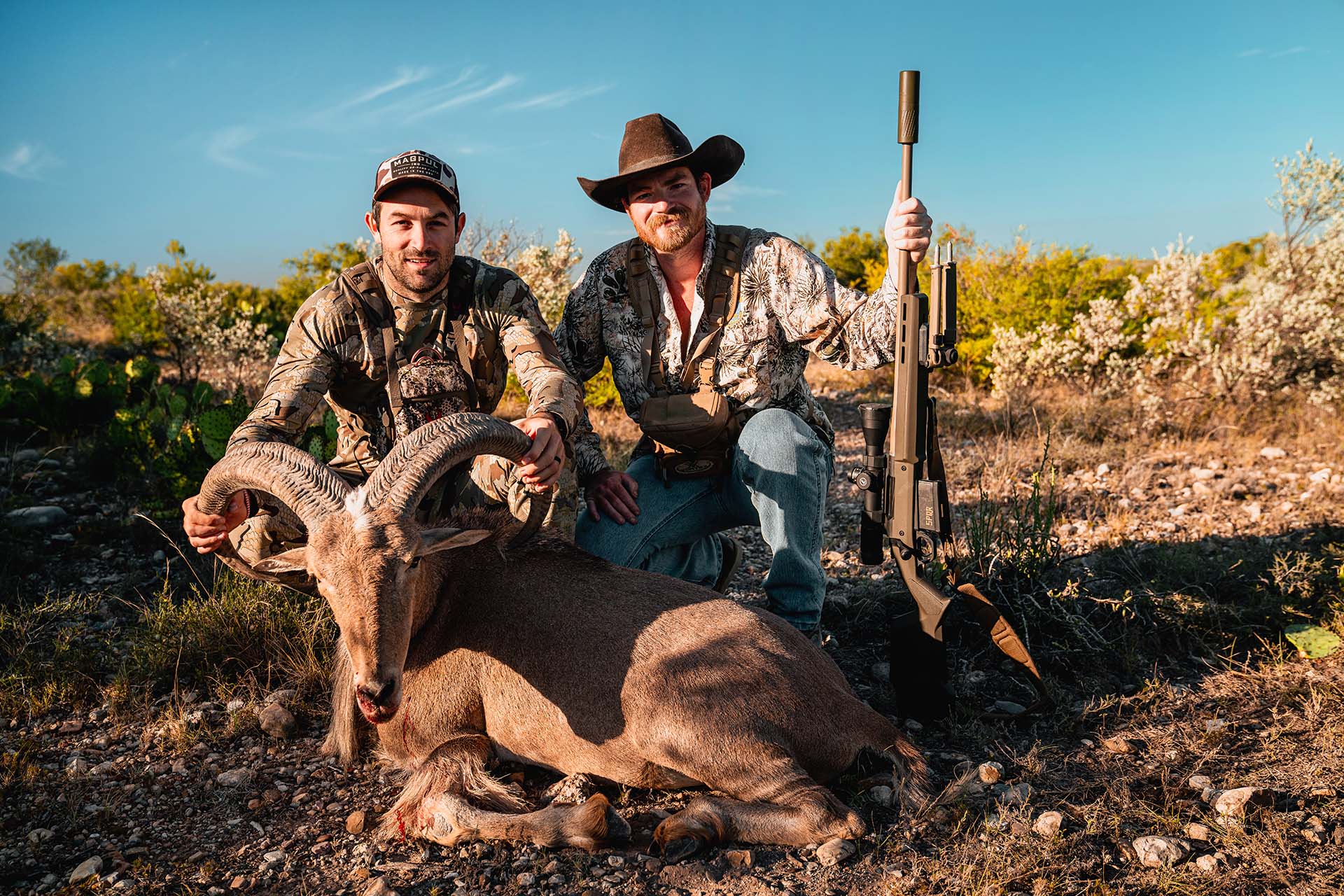